Specific Requirements of Religion for Marriage Registration in India

In this article, let is discuss the registration of marriages under different religions according to their respective acts. We will also discuss the marriages in Jammu and Kashmir, as well as in Arya Samaj Mandir.
Written by:
Antim Amlan
12,443
Published on
27-Aug-19

In general, marriage can be well-defined as the acceptance of the union between two individuals which is a long-lasting relationship with love and bonding. In legal language, marriage can be defined as a contract between two individuals mutually engaging with each other to live together. Both parties need to register their marriage to make their bond legal.

It is necessary to know about the legal procedures that are involved in a valid marriage. India is a diverse country with many religions and different marriage acts for each of them. For instance, Hindus have Hindu Marriage Act, 1955, which is valid for Sikhs, Jains the Buddhists. Muslims are governed under The Muslim Personal Law (Shariat) Application Act, 1937. Parsee Marriage & Divorce Act, 1939 is there for Parsees and Indian Christians are governed under the Indian Christian Marriage Act 1889.

The Hindu Marriage Act is applicable to situations where both the parties are Hindus, Jains, Buddhists or Sikhs. If someone from another religion converts into these mentioned religions they will be also applicable under this act.

According to section 5 of the Hindu Marriage Act, 1955, a marriage becomes legal only when both the parties are Hindus. If any of the party is not a Hindu and belongs to another religion then the marriage will become invalid.

Compliances for the Marriage to be solemnized under the Hindu Marriage Act, 1955

Compliances for the Marriage Registration when both the parties are Hindus 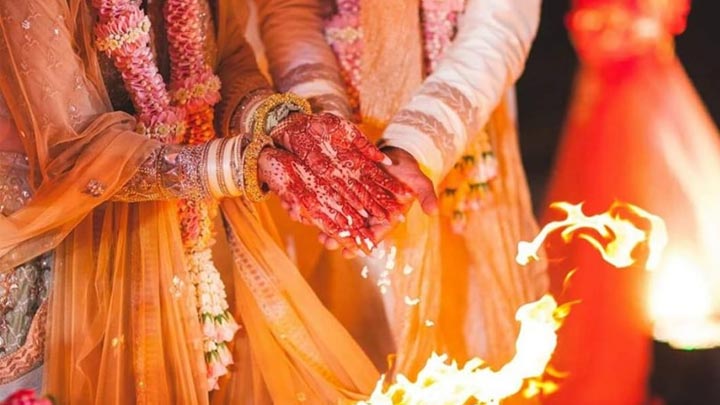 The Special Marriage Act, 1954 is pertinent to all Indian citizens. Any individual, regardless of their religion can perform and register their marriage under this act. The individuals who want their marriage to be registered under this Act should give notice to the marriage officer the required form according to the jurisdiction. There are some conditions laid down in Section 4 of the Act similar to that of Section 5 of the Hindu Marriage Act, 1955.

Important conditions according to Section 4 of the Special Marriage Act, 1954 for considering the marriage legal and valid.

Compliances for the solemnization of the Marriage under Special Marriage Act, 1954

According to this act, there is no requirement of the performance of religious ceremonies for considering the marriage to be complete. Any marriage which is performed by violating any of the above compliances will be considered as invalid. For the Hindus, Buddhists, Jains and Sikhs, the Special Marriage Act, 1954 is considered an alternative to the Hindu Marriage Act, 1955. 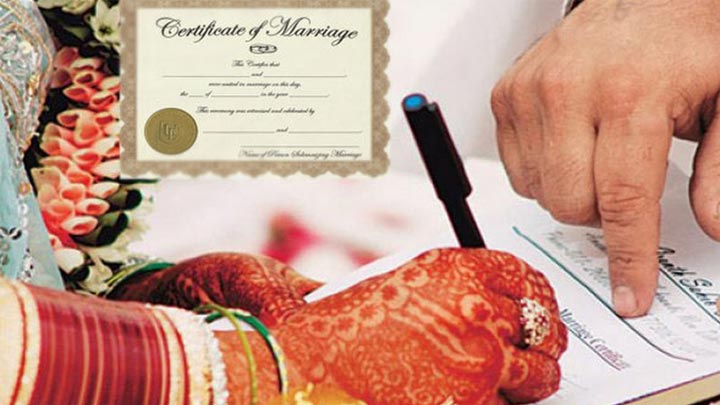 According to the Muslim Law, ‘Nikah’ is a contract between both the parties principal for a permanent relationship built on mutual consent. In the Muslim Marriage, a proposal which is known as Ijab should be made by one party and the acceptance which is known as Qubul should be made by another party. The marriage will be valid only if both the proposal and acceptance are made. Also, marriage cannot be performed without obtaining free consent. Consent should not be gained by means of coercion, undue influence or fraud which makes the marriage invalid.

Compliances for solemnization of marriage under Muslim law

There must be a mandatory proposal and acceptance for marriage, as required by the contract. So, the groom or someone on his behalf and the bride or someone on her behalf should agree to the marriage. There should be two adult witnesses during the agreement.

Both the parties entering into the contract should be competent to marriage. Muslim who is of sound mind and who has attained the majority may enter into the marriage contract.

Muslim marriage should not have any kind of elements that are prohibited by the Muslim Law.

The Indian Christian Marriage Act, 1872, governs all the Christian marriages in India. According to this act, marriage is solemnized by the priest or minister of the church under its own provisions.

Additionally, according to section 4 of the act, Christian-Christian marriages and the marriage of a Christian with a non-Christian can also be performed.

The compliances for the performance of the marriage under this act is similar to the other acts such as none of the party should have their spouse alive, the marriage should be performed with the valid consent of both the parties, and age of the boy should be 21 and the age of the girl should be 18 etc.

The procedure of the marriage performed under this Act:

If a marriage is not performed within the time span of two months after the issuance of the notice certificate, such a marriage cannot be performed once the two months time span has lapsed. The fresh certificate of notice should be applied again for the solemnization of the marriage. 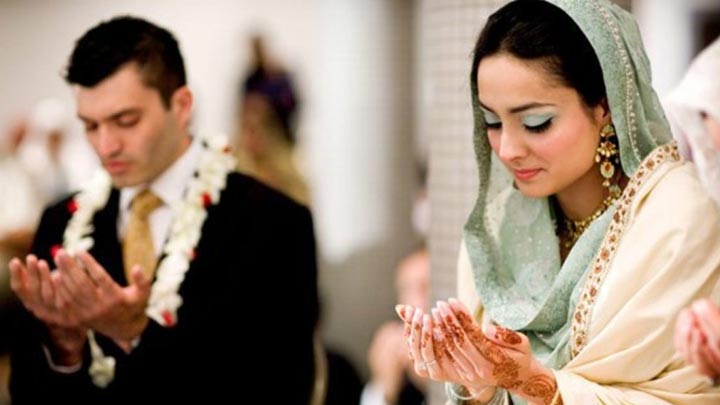 The Parsi Marriage and Divorce Act, 1936

According to section 4 of the Parsi Marriage and Divorce Act 1936, if a person is married for the second time during the lifetime of the first spouse, and they are not divorced or separated, then such a second marriage is void marriage.

Compliances for the solemnization of the marriage under the Parsi Marriage and Divorce Act, 1936 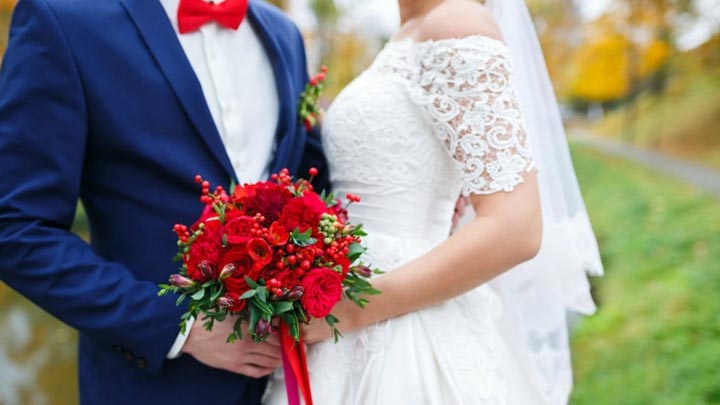 Marriage Solemnization in Jammu and Kashmir

If the marriage is performed in the state of Jammu and Kashmir, both the parties to the marriage are considered as Indian citizens who are domiciled in the territories where the Special Marriage Act, 1954  extends.

The marriage officer should display the intended marriage notice, by fixing a copy in the noticeable place in his office.

If both parties to the marriage are Hindus or are converted to Hinduism, they can get their marriage done in the Arya Samaj Mandir.

This marriage is performed by the Arya Samaj Mandir following the Hindu rituals, customs and religious practices, after a thorough examination of the necessary documents to confirm and validate the age and consent of both parties.

After the performance of the marriage by the Arya Samaj Mandir authorities, the parties should get their marriage registered by the Registrar who will go through the procedure of checking the necessary documents, photographs and the witnesses of the marriage before issuing the marriage certificate.

According to the judgment of the Supreme Court of India, in the case of Smt. Seema vs. Ashwani Kumar on 14 February 2006 all the marriages should be registered in all the states of the country and it should not take more than three months for registration.

The judgement of the court for the mandatory registration of marriages of all religions was one of the steps for the prevention of child marriage which is a widespread practice in many parts of India. One of the ways to check the practice was to make it legally binding on all the couples to register their marriages by mentioning their ages during the time of marriage.

So, for any marriage that should be considered as legal, the registration should be done in the registrar’s office according to the jurisdiction within a period of three months.

How to do a Court Marriage in India in 6 Easy Steps? Know about the procedure of court marriage in India along with documents, witnesses and legal fees involved.
Antim Amlan
09-Sep-19
282,579 views

Read how to download marriage certificate in India online and how to obtain one in different states. Know the criteria for marriage registration and documents required.
Antim Amlan
27-Aug-19
254,293 views

Change your name after marriage by following these simple steps. Read to know the different procedures and documents required to change the name via gazette and notary!
Antim Amlan
28-Sep-19
221,157 views