RERA - A Boon to the Common Man

If you are not abiding by the RERA rules in your state, better straighten-up now. As UP-RERA and MahaRERA hear the consumers end and announce transforming orders by closing complaint cases of property possessions as quickly as can be.
3,422

“Invested in a property, but never got the possession?”
“The contractor keeps changing his statements and delays possession of the flat.”
“Were you cheated by the builders or are you becoming a victim of money extraction for a property?”

Sounds familiar?
You’ve heard these statements before or read these connotations earlier?

Well, I won’t be surprised since there have been so many upcoming cases of property in India, every day the news reports about the complaint cases filed in RERA, which I might add are also rising.

While RERA has truly acted as a boon to people, it resolves property issues on a fast-track basis. Well, RERA started as an initiative when the number of property cases went high on the curve.

The Real Estate (Regulation and Development) Act - 2016 is an Act of the Parliament of India, that has been introduced in the public interest, as it seeks to protect home-buyers as well as help boost investments in the real estate industry.

The Act establishes Real Estate Regulatory Authority (RERA) as the governing body to regulate the real estate sector in each state and it also acts as an adjudicating body for quick dispute redressal. The RERA bill was passed by Rajya Sabha on 10th March 2016 and by Lok Sabha on 15th March 2016, while the RERA Act came into force on 1st May 2016.

Even after the RERA Act was enacted in 2016, there are still 3 states that do not have RERA established namely, West Bengal, Kerala, and Assam, which are counted in the 15 states that still don’t have a separate RERA website, since each state was mandated to set it up. RERA website is a key piece of the new regulation, which provides all information to home buyers about under-construction projects.

The RERA Act makes it mandatory for all real estate projects be it commercial or residential to get registered under it. This is done to provide greater transparency in every project-marketing and execution of projects.

Real estate agents who are involved in selling or purchase of properties, must take prior registration. These agents will then be issued a single registration number for each State or Union Territory.  In every sale facilitated by them, agents must quote this number.

Once you have applied for the registration, it must be either approved or rejected within 30 days from the date of application by RERA. After you have registered successfully, the promoter of the project will be given a registration number, and a login ID and password for the applicants to fill up essential details on the RERA website. In case of failure to register, a penalty of up to 10% of the project cost may be charged as fine, or three years of imprisonment may be imposed.

The whole idea behind RERA is to protect the buyers. Since this Act prohibits any unaccounted money from being invested into the sector, in order to keep a tab, RERA has established that its compulsory for 70% of the money to be deposited through cheques in the bank accounts.

One of the major benefits that RERA offers to the consumers is that builders will have to quote prices based on carpet area, which has been clearly defined in the Act as usable spaces like kitchen and toilets to be included. Any builder cannot quote prices based on the super built-up area.
The RERA complaints never seem to subside, like recently, the Greater Noida bench of the Uttar Pradesh Real Estate Regulatory Authority (UP-RERA) announced in October, to issue 200 orders out of a total of 490 complaints.

However, some 4,000 complaints have surfaced relating to many issues over flats in Ghaziabad and Meerut which still need to be heard by the bench, but the cases in Supreme Court will not be even looked at. 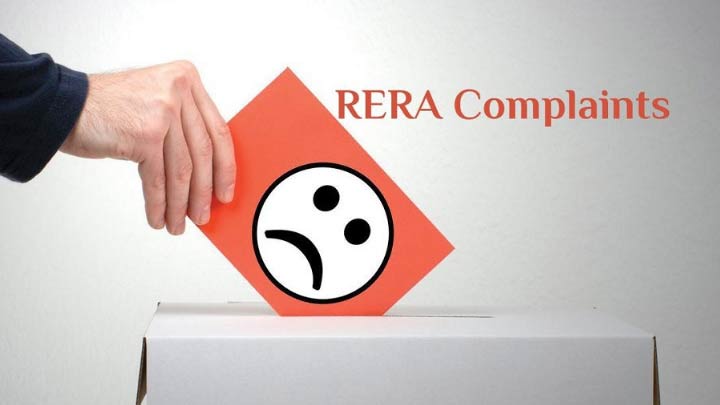 TOI reported that according to officials, the Greater Noida bench of UP-RERA has heard complaints mostly against eight builders in the past two months.

In which Balwinder Singh, member of UP-RERA bench told TOI, “The members of the bench met Greater Noida and Noida Authority officials and discussed issues related to all those builders who are facing RERA complaints. The discussion was mainly about how to mitigate issues and what can be done to speed up delivery of flats.”

He added, “Of the 200 orders to be issued by the bench, one set will guide the builders to deliver flats within a certain deadline and to pay double interest rates up to the date of delivery if they have missed the initial deadlines.
The second set of orders, where buyers have asked for a refund, will specify dates within which the refund has to be made by developers.”

The meeting which was held with builders and their representatives was focused to find a solution and to achieve fruitful conclusions in favour of the buyers, who have invested their money in the projects.

The complaints haven’t died down and the Greater Noida bench has been hearing them for four days a week, where buyers of builders - Earth Infrastructure, Supertech, 3Cs, Paramount have already been heard.

The whole idea behind RERA is to enable buyers, either with a good compensation in form of interest for their delayed homes along with a believable deadline or provide them with a refund. Since they have been waiting for a long time, it’s imperative that each case is heard minutely.

Even though the work has been progressing slowly, but it has been functioning smoothly. This means that by 31st October 2018, i.e. today, 5% of the property matter cases will be successfully closed, as 12.25% cases had been addressed by September 2018.

One can see the effectiveness and efficiency in dealing with RERA projects have eased the pain of people and also made the process better and better. It sure takes time, but the pace RERA has been catching up to is truly commendable on the efforts of the Government. What is to be noted is that Section 3 of the RERA Act specifically states that if a project is not registered under RERA, it shall not receive a completion certificate, which is necessary for further legal documentation.

To cite another news published by The Asian Age on 29th October 2018, the Maharashtra Real Estate Regulatory Authority (MahaRERA) is being very strict on the registration of the projects.

As per a survey conducted by Mumbai Grahak Panchayat, almost 40% of the projects are not registered yet. Of which some of the developers are being imposed with a penalty, which amounts to Rs. 15 lakhs per project.
Earlier MahaRERA had adopted a system where complainants could simply mail officials about unregistered projects and errant developers, but it was difficult to tell the nature of the complaints, whether they are genuine or not.

By August this year, MahaRERA set up an online facility for the citizens, where they could act as informants and complain about any unregistered residential projects known to them, after paying Rs 5,000.

Now, three months later, the MahaRERA has gotten about 200 complaints of homebuyers against unregistered projects in the city. The hearing process has started, on which Satbir Singh, senior RERA member said, “So far, we have received complaints from 173 persons, and the hearing of all cases is in progress. We have managed to pass 20-25 orders and a developer has been charged Rs 15 lakh for not registering his project with the authority.” The MahaRERA gave an order where the Maharashtra RERA directs the respondent to register their projects by paying a penalty of 2% of the project cost or pay a fine of Rs. 15 Lakhs, whichever is higher, within 15 days.

These events show how RERA has generated a ripple effect of efficiency and brought order in the most unorganized and highly manipulated sector - Real Estate.

Not only has it brought regulation in the field, but it has addressed to all the problems faced from the perspective of consumers. Though we have consumer protection laws in our Constitution, the overall potential has been seized with RERA by bringing in a lot of transparency and standardization.

A genuine thanks are deserved to RERA & so is, “Keep Up the Good Work!”

In case you are encountering an issue with your property matters and need to seek suggestions from a Property Lawyer, you can connect with the experts through MyAdvo.

Did you find the article worth it, then do give a thumbs up!
We share information that you can share ahead with your family & friends.
Do let us know your views on this in the comments section below, we’d love to hear your side of the story.