As per Toll Plaza Rules, there are certain advantages to the travelers. Under the toll tax rules, the public has provisions that one can take benefit from in peak traffic hours. In this blog, read ahead as we explain in detail about the toll plaza rules in India, or how much time should a vehicle take at toll service as per national highway toll plaza rules and what to do if the 3 minutes waiting time of the NHAI rules is not being followed.
Written by:
Prachi Darji
201,339
Published on
27-Aug-19

Sometimes it takes an hour to pass from a toll booth due to heavy traffic and people have to go through a long period of waiting time at toll plaza before their chance comes. Well, dating back to the years 2015 and 2016, the Member of Finance of National Highway Authority of India (NHAI) had written to all regional offices of NHAI. They expressed their concern about the congestion taking place at various toll plazas in India.

In the letter, he had mentioned two specific provisions as a part of the Toll Booth Rules which are part of various concession agreements and are signed with the toll plaza operators. Since it's evident that people travelling from national highways often face the issue of congestion at many toll plazas. India has over the time developed its national highways according to the toll plaza rules. But is everyone aware of them?

What Is Toll Tax and What Are the Toll Tax Rules in India?

The Government builds highways for better connectivity between states and they cost a lot of money. This is later recovered by charging a toll tax from people who use the highways.

Now, you always have the option to take up another road and choose to not enjoy the expressway or highway in order to save some money. But a highway really eases your efforts on the road.

So, the tax you pay at the toll plaza on highways in different states across India is the Toll tax.

However, the rate of toll tax differs on every toll plaza in India. This is based on a certain distance of the road, that each traveller is accountable for.

These provisions of toll plaza rules in India talk about the maximum waiting time, or the number of vehicles in the queue in peak hours at toll plazas which is mentioned below.

However, there is still no clear answer in the concession agreements about what happens when these provisions of the toll rule are violated. Hopefully, the letter of NHAI official and various other documents of the NHAI Rules gave us the answer.

Need for Paying Toll Tax in India and Who Get Exemptions in it?

Tolls in India are like a tax that applies only to the users of the toll road.

Toll Plaza Rules allows to build new roads and maintain them without raising taxes on the general public. Generally, the removal of tolls on roads takes place once the Government recovers the entire cost of construction.

The Toll Naka Rules exempts certain people such as VIPs and many Government Officials like:

There are some other vehicles as well that avail National Highway Authority of India toll exemption from toll tax such as: 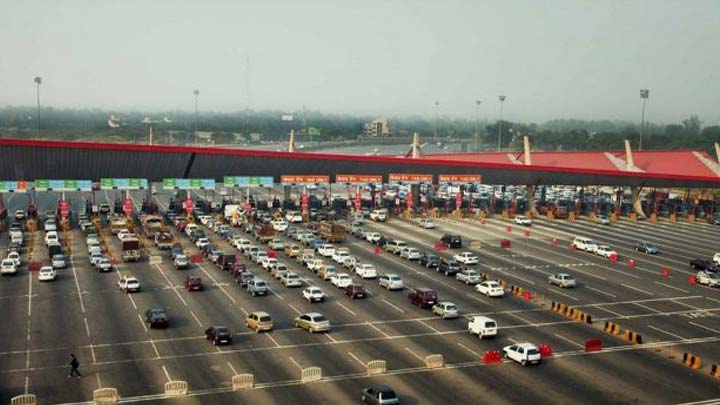 Back in 2017, pertaining to this issue of National Highway Authority of India rules, Mr. Hariom Jindal, an advocate, filed an RTI about the waiting rules at the toll plaza in India. The social media was abuzz with this news about the RTI filing in Ludhiana with the Jalandhar office of NHAI.  You must have seen that on most occasions, there is no choice but to wait at the toll booth for an unwarranted toll time before the car right in front of us moves. This rule is applicable only to the cars stuck in the toll plaza area and not in the queues.

Now, thanks to the 3 Minute rule of the toll rules in India coming to light, many travellers will at least save some money in lieu of the time wasted at the plazas.

The Right to Information (RTI) application sought answers from the NHAI for the following questions:

The NHAI Jalandhar office replied to the RTI filed by the lawyer stating that the time required for a vehicle to wait at the toll booth for its turn is 2 minutes and 50 seconds.

If the waiting time exceeds 3 minutes, the vehicle is not required to pay toll tax as per the NHAI rules for toll plaza. Then one can pass free of cost i.e. the toll tax-free after 3 minutes of waiting.

The information that he finally received from RTI came across as a big relief. Since most of us have been unaware of the toll tax 3 minutes rule.

As per the information Mr. Jindal received about NHAI toll plaza rules:

This led to a mass outrage as people everywhere in India are subject to long waiting time at a toll booth on national highways across the country. 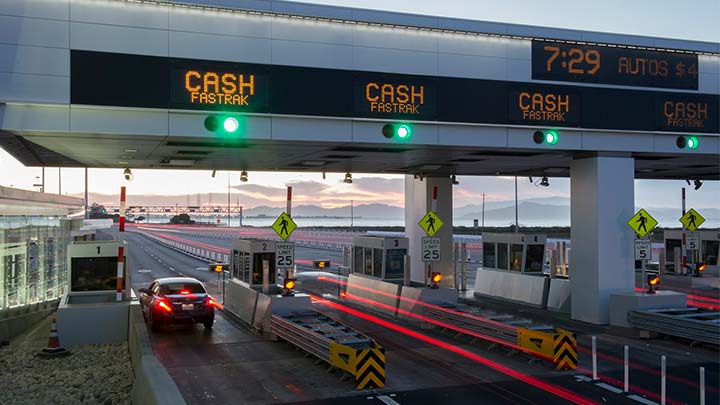 After receiving criticism from the masses, the NHAI clarified that the 3-minute rule of waiting at the toll plazas on national highways was only applicable to highways in Chandigarh and no such rule is applicable PAN India that allows the vehicle to pass free of cost if the waiting time exceeds 3 minutes.

Karnataka office of NHAI said that NHAI toll waiting rules state - "that no toll after 3 minutes must be collected from a vehicle, but cities like Bangalore have narrow lanes and small land which makes it difficult for the state to construct more lanes and ease the waiting time at toll booths."

All the above makes it clear that no such rule for toll plaza free pass exists and the 3-minute timeline is an indicator to increase the capacity of the toll plaza. The incidents of free passage have been random. The district authorities enforced it whenever there was a long delay.

There is still ambiguity about the exact 3 Minute toll tax rule at the national highway toll plazas.

Want to File an RTI?

We at MyAdvo have a mission of making legal simple!

MyAdvo is one of the leading platforms in India offering you legal tech services. They help you in bridging the gap between lawyers and users.

Acting as a client's legal concierge providing technology solutions for lawyer discovery, price discovery and case updates, MyAdvo connects you with the best from its network of 10,000+ lawyers across 60 cities.

MyAdvo ensures to provide you with expert legal advice, who can attend to your diversified legal needs and requirements. Find the best lawyers online here and get in touch with them via mail at consult@myadvo.in or simply giving a call at +91-9811782573.

[1] Toll-Tax Rules: A detailed view of the Toll Tax Rules

As per the Constitution of India, there are 11 Fundamental Duties of Indian Citizens which are non-enforceable in the court of law. These fundamental duties of India are added to promote unity & harmony in the country.
Prachi Darji
13-Sep-19
595,817 views

Weed, marijuana, bhang, charas, ganja and so on, cannabis in India has been given numerous names and forms. Read on to understand your legal rights in case you are possessing the Cannabis [Weed/Marijuana] in India
Prachi Darji
09-Aug-19
354,423 views

Writ Petition is an order given by the High Court to a lower court directing them to act or stop acting in a certain way. The article talks about Writ Petition, the types of writ petition, how to file a writ petition in court and the format of each writ.
Prachi Darji
29-Sep-19
342,330 views