Trying to get a liquor license in India, can be a long and tedious process. Going by states in India, every place has different requirements and licensing procedures for obtaining a liquor license, to sell alcohol. Understanding the general steps to apply for a liquor license can help in making the process easier and faster. Read on, to know more about Liquor laws & Liquor License in India!
Written by:
Abhishek Sahoo
19,540
Published on
27-Aug-19

For more adept information or legal help regarding the procedure of getting a liquor license in India, connect to us for an expert legal consultation.

Getting a liquor license basically means that one gets a permit to sell alcohol and alcoholic beverages. If your business has a hand in the distribution, manufacturing, or sale of alcohol, you need to apply for a liquor license online. That includes businesses from restaurants, bars, hotels, private clubs, and/or other establishments where alcohol is available.

The state government has framed various rules and regulations that one needs to follow to apply for a liquor license. The laws to get a license of liquor varies from state to state and from city to city.

What does a Liquor License do? In order to sell alcohol in India, one needs to procure a liquor license. Usually, liquor stores, pubs, clubs, discos, bars, hotels, and restaurants own license to sell alcohol.

So, the sellers are required to hold a license to sell alcohol, otherwise, the selling of alcohol is illegal and prohibited until registration for a liquor license is done.

In India, any establishment that serves alcohol must have a valid liquor license. The agency that approves any liquor license registration varies from state to state, but even for registration of foreign liquor bar license, every government regulates alcohol sales to prevent minors from purchasing spirits, wine, beer, and liquor. Your town might have special restrictions before the pertinent agency approves your license and you have all the liquor license requirements.

For instance, the requirements for a liquor license varies in small towns where they often only approve a new license when the population grows.

According to the Licensing Act 2003, you need a license to sell alcohol and this includes giving away free alcohol as it is considered an incentive to purchase or that it is included in your pricing structure.

The license requirement for online selling of wine liquor in India is mandatory.

The present content of law does not legally permit home delivery of alcohol, liquor selling online or at microbreweries, etc. Alcohol must be bought from a licensed shop only. What are the different types of Liquor Licenses?

Figure out the specific kind of license you need-

Each state government issues different types of licenses to an individual/company. Find the licenses and the purposes mentioned below: How can I get a Liquor License?

To get a liquor license, one must contact the excise department of their state. They are the ones with the authority to grant a liquor license. Please note that the government of the states Bihar, Gujarat, Manipur, Nagaland and the union territory of Lakshadweep prohibits the consumption and sale of alcohol, but invite tenders or applications from time to time.

For example, the Rajasthan Excise department had issued a notice in February 2016 to provide permits. Likewise, other state governments also issue a notice in leading newspapers as well as on their official websites for the same.

When a licensee sells his valid license due to reasons like shifting to other countries, etc., he can get a new liquor license by purchasing a valid one after making proper investigations. This might cost him Rs. 1 crore approximately.

Each state has its own rules and requirements regarding the grant of liquor licenses, which is why one has to contact their local authority to find out about the alcohol laws and the sale of licenses in their specific state.

In the Constitution of India, under Article 47 it has been clearly mentioned that “The State shall endeavour to bring about prohibition of the consumption except for medicinal purposes of intoxicating drinks and of drugs which are injurious to health”. In India, there are a total of 5 states where there is a strict ban on sale, purchase, and consumption of alcohol.

Like in Delhi, there is a Delhi Liquor Licence Rules, 1976 which states about the types of licenses required to serve liquor in Delhi and also describes the do’s and don’ts to provide safe and quality liquor to the consumers in Delhi.

For more queries regarding acquiring a liquor license in India, ask for expert legal advice. What are the requirements for a Liquor License?

These are the below-mentioned documents required for a liquor license: 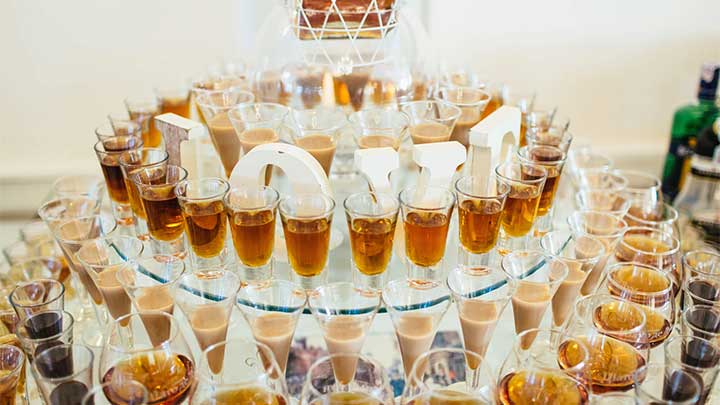 How long does a Liquor License last?

You’re required to renew your liquor license annually, which might involve paying the liquor license price for renewal. This is why knowing the cost and timeline upfront is important to make you feel more confident about your business.

Any person desiring to renew a license shall, thirty days before the date of expiry of the license, apply for renewal and pay the liquor license fee for renewal thereof. Every application shall be accompanied by a challan, evidence of payment of application fee of Rs.25/- and liquor license renewal fee as fixed by the State Govt. from time to time.

How much does a Liquor License cost in India? How can we help you?

MyAdvo is here to help you in the hectic process of finding an experienced lawyer. You will get the best lawyers of India without having to step outside the comfort of your house. We provide you with the best lawyers who know everything about liquor laws. We'll let you know how to apply for a liquor license for selling liquor in India as well as when you need to review your license, etc. So, all you have to do is just visit

MyAdvo and fill your requirements and select the lawyers which suit you best.

Having a network of over 10,000 lawyers in over 500+ districts in India, MyAdvo ensures that you get the best lawyer, who is well-versed with the property related matters in India so as to relieve your stress and pressures.

Through MyAdvo, you can consult the lawyer and take legal advice anywhere in India through online or offline over the phone. You need to just send a query via mail on support@myadvo.in or simply call us at +91-9811782573 and we will resolve any query related to legal problems.

Know everything about Shops and Establishment Act License in India. Learn the registration process, employment, working hour and regulations under this act.
Abhishek Sahoo
13-Sep-19
16,123 views

What is a Food License? How do you check your FSSAI license status?

Registration of Shops and Establishments