In India, any person can convert his/her religion with good faith and the procedure to change the religion is somehow different under every religion. Also, conversion of religion does not restrict the right of inheritance in the property. Read the blog to know the procedure and consequences of conversion in detail.
Written by:
Antim Amlan
17,188
Published on
27-Aug-19

Conversion of one religion to another religion isn’t governed by any law; which means any person having good faith and belief can convert his/her religion. Our Indian Constitution also states that a person has the freedom to profess, practice and propagate any religion. As such, there is no legal procedure to convert the religion but the conversion must be notified in the Govt. Gazette so that it can be easily affected in all other legal documents. 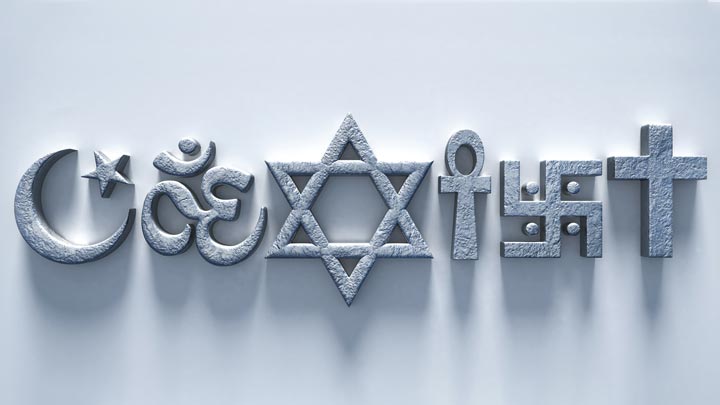 How Difficult or Easy is it to change Religion in India? If Freedom of Religion under Constitution is a Fundamental Right, why do we need to follow any other laws?

Article 18 of the universal declaration of HR declares the freedom of religion in the following terms:

“Everyone has the right to freedom of thought, conscience, and religion; this right includes freedom to change his religion or belief, and freedom, either alone or in community with others and in public or private, to manifest his religion or belief in teaching, practicing, worship and observance.”

The freedom to change religion is expressly recognized by this Article.

However, India’s Freedom of Religion Acts or “anti-conversion” laws are state-level statutes that have been enacted to regulate religious conversions.  The laws are in force in eight out of twenty-nine states:

Arunachal Pradesh, Odisha, Madhya Pradesh, Chhattisgarh, Gujarat, Himachal Pradesh, Jharkhand, and Uttarakhand.  While there are some variations between the state laws, they are very similar in their content and structure.  All of the laws seek to prevent any person from converting or attempting to convert, either directly or otherwise, another person through “forcible” or “fraudulent” means, or by “allurement” or “inducement.”

Our Indian Constitution guarantees various fundamental rights that includes right to freedom of religion still we need to abide some other laws because the provisions and the rights given under the constitution are not absolute and are subject to certain restrictions. Like under Article 25, every person is equally permitted to enjoy the freedom of conscience and the right to recognize, practice and spread religion but it does not give the right to convert.

Even this right is subject to certain restrictions i.e. to maintain public law and order, morality and peace in the country.

Hence, the right to freedom of religion is a right guaranteed under the constitution, but at the same time, it is our duty to follow the other respective laws for the betterment of the society. What are the laws active in each of the religions that mandate the Conversions?

The various personal laws provide the specific rituals that need to be followed at the time of changing the religion. But to validate the conversion, it should be done without any fraud or any wrongful gain. Some laws pertaining to the conversion are mentioned below -

Under Hindu law, there is no explicit procedure to convert to Hindu from some other religion. The minute where the person has a bonafide intention and honest belief to change over to Hinduism, he will be considered as a Hindu. An application for changing the religion by Free will can be submitted to any Arya Samaj temple alongside a valid proof of age and residence signed by the candidate and two other people as a witness. Also, a person has to go through a purification ceremony of “Shuddhi Karma”. After that, a certificate of conversion will be issued.

There are two simple ways that need to be followed through which a person can renounce his original religion and can convert to Islam.

Any non-Christian person can repudiate his earlier religion so as to embrace the religion of Christianity by taking a pledge of apology from past sins. Also, the person must have good faith in Jesus and promised to pursue his lessons as defined in the New Testament. A Person has to go through the Baptism in the name of the father, son and Holy Spirit. Although Baptism is the universally accepted ceremony for conversion into Christianity. 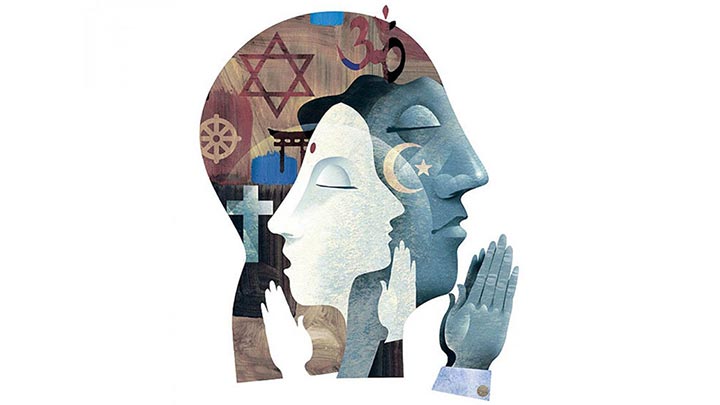 What are the Famous Judgments on Conversion of Religion?

In Perumal Nadar (dead) by Legal Representative v. Ponnuswami Nadar (minor), the court has declared that in order to prove the conversion, no formal ceremony is required. But in Hindu faith, a bonafide intention and belief to change the religion must be there which can be considered as sufficient evidence to validate the conversion.

In Kailash Sonkar vs. Smt. Maya Devi here the court held that once the person has converted from one religion to another, then the person has to notify it in the Govt. Gazette so that later it will be affected in all other documents.

Lastly in the Sarla Mudgal, President Kalyani and others vs. UOI and others, the court has held that if the person has renounced his religion and converted into Islam for the sole purpose of polygamy then the said conversion cannot be considered as valid.  In the Lily Thomas case, it was observed that if the person has converted into Islam and married another woman then the said person will be punished under the Bigamy laws.

To seek the Protection against the Anti-Conversion Activists

Usually, all anti-conversion activists demand that conversion is an abuse of freedom of religion. They contend that freedom of religion does not include freedom to convert from one religion to another. But if these activists threaten your life then you can claim the protection against their violence because their arguments are absolutely contrary to the Universal Declaration of Human Rights which guarantees people the freedom to speak and hearers the freedom to accept or reject what they have heard and this right includes freedom to change his religion or belief.

Even under India’s constitution, it requires the state to treat all the religions equally and impartially and forbids discrimination on the basis of religion. Also, the respective laws have defined that the existence of the people who have converted their religions will be protected by the government.

Moreover, the anti-conversion laws also do not restrict a person’s freedom to convert and are implied to protect the people from forced conversion. Hence, everybody has a right to the protection of the law against such interference or threats by anti-conversion activists. 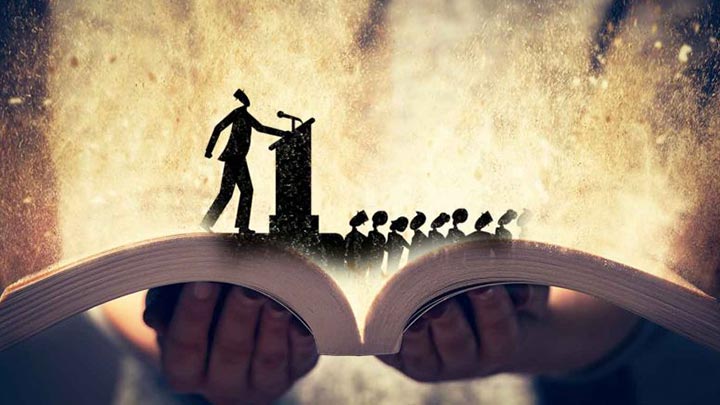 What are the Repercussions of Changing Religion?

Conversion from one religion to another has both social and legal consequences. It usually affects succession, marital status of the person and also the right to seek elective office. So a person can take the divorce on the ground that his/her spouse has converted into another religion as per Sec. 13 (1), Hindu Marriage Act.

Even if a Muslim husband has repudiated Islam and converted into another religion then his marriage will be automatically considered as dissolved. Thus after conversion, a person will be governed under different personal law.

If a Scheduled Caste or Tribe member has changed the religion and adopted another religion then it’s a fair chance that he may lose his right to contest in the elections which are reserved for SCs/STs. But the right of inheritance will remain unchanged and unaffected even after the conversion.

Thus, the event of conversion is of high significance from the perspective of rights and disabilities of a convert.

How and when do the Laws start affecting the Person after Conversion?

If all the respective rituals have been performed in a specified manner at the time of conversion and also all the legal formalities are done, Conversion will be considered as valid. Subsequently, the person will be governed under new personal law.

The Supreme Court has consistently held that any specific ceremony or ritual is not required to be performed under the law. Only the bonafide intention and good belief of the person to change the religion is the necessary criteria.

Also, the court must be satisfied that the conversion has taken place for that matter, you need to file the declaration pertaining to change the religion and submit before the Govt. officials which is one of the major aspects. However, the registration of conversion into another religion is not mandatorily required.

Suppose if a person has changed his religion and adopted Islam and if he thinks that things like adoption of Muslim name, to have Arabic knowledge, informing others regarding the conversion are prerequisite conditions and only after that Muslim personal law will start affecting me then he may be wrong because the reality is that these are not valid excuses for delaying the conversion. Thus, once you converted into another religion at the same time you will be governed under that personal law only. 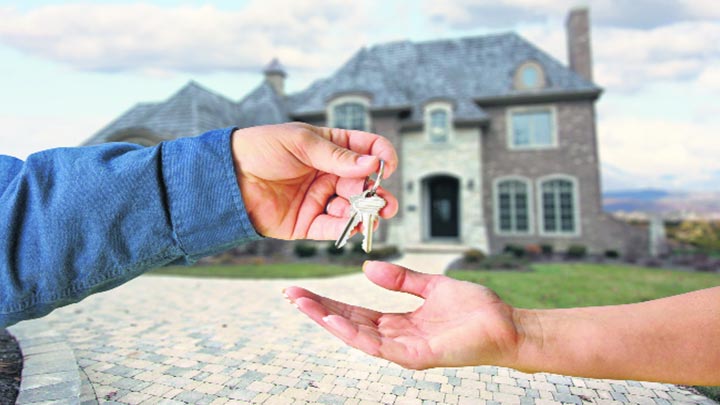 Conversion of a Hindu to any other religion operates as a partition of the property between the family members of the family. So a person who is changing the religion will take the share from the family property accordingly on the date of conversion. Hence, conversion to another religion is one of the reasons to affect the Property Partition.

Thus, in the matters of inheritance and property partition, the respective religion of a person at the time of birth will be taken into consideration. Accordingly, a person who has converted his religion is not disqualified from the application of the Succession Act to inherit his/her father's property.

How can we help you?

MyAdvo is here to provide you with the best lawyers who know about the procedure of changing the religion and the various other benefits attached under different personal laws. All you have to do is just visit MyAdvo and fill your requirements and select the lawyers which suit you best.

Having a network of over 10,000 lawyers in over 500+ districts in India, MyAdvo ensures that you get the best lawyer, who is well-versed with the family law and Matrimonial disputes in India so as to relieve your stress and pressure.

Through MyAdvo, you can consult the lawyer and ask legal advice anywhere in India through online or offline over the phone. You need to just send a query via mail on support@myadvo.in or simply call us at +91-9811782573 and we will resolve any query related to legal problems.

Polygamy legal implications have become subjective to personal laws today. Whereby only Muslims and tribals are allowed to practice polygamy in India. However, if India will ever legalize polygamy, then Indian women will face a very difficult time.
Antim Amlan
28-Sep-19
282,954 views