Why Marijuana in India is banned - A $44 Billion Conspiracy!

Addressing the great debate on the legalization of marijuana in India, maybe it is time for accepting Ayurveda & Atharva-Veda great gift. The world is already accepting the medicinal benefits of cannabis, which India has always known for a fact. Here is our attempt to remove your mental block.
18,196

When you hear this infamous song, the thoughts that hit you are - great movie, epic song, legendary actor Amitabh Bachchan, ultimate Holi anthem and bhaang. Surprisingly consuming bhaang happens to be legal in India, but not cannabis/marijuana.

Marijuana is made from the dry flowers of Cannabis, a herb/plant, which is known as Pot, Grass, Maal, Gaanja, stuff. Whereas, Charas or Hashish (resin) is prepared after rigorously rubbing its buds. A variety of this plant is known as Hemp, which is cultivated around the world and from its seeds and leaves, you get Bhaang.

Oh, don’t you shy away! You know what I’m talking about.

I’m sure you agree that a party cannot be complete until someone will flamboyantly flash the ‘maal’ and later, everyone will be found smoking weed at the party, ‘living life one kush at a time’.

We have always been breaking the rules for using marijuana in India, then why so much of debate on whether to legalize it or not?

In India, bhaang is not banned like other cannabis preparations due to cultural reasons; since bhaang is considered as Mahadev’s Prasad.

Marijuana came in news in India, only after the country issued its first government license to grow medical marijuana in August 2017. In July, the first Indian state which was allowed to grow the plant industrially is Uttarakhand, but Marijuana in India has been used since the early days, to be precise, since 2000 BCE. 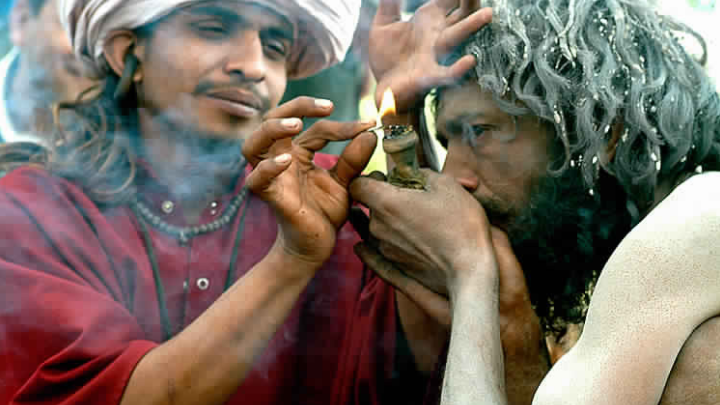 When Indian History supports Marijuana so much, then why not the evolved Government?

For those of you less-informed, India has a 2,000-year-old history with cannabis.

Marijuana, first mentioned in the Atharva Veda as one of the five most sacred plants on Earth. It has been referred to as a source of happiness, which gives a feeling of liberation. Both major strains of the cannabis plant are known as Sativa and Indica, which are native to India.

From being called the ‘Penicillin of Ayurvedic Medicine’, cannabis has always had a significant use in the Unani system of medicine, which was extensively practised by Muslims in medieval India. The Nihang sect in Sikhism still consumes bhaang, while Sikh warriors used it during battles to numb their pain.

Balkrishna of Patanjali has also said in an interview to Quartz India, “In Ayurveda, since ancient times, parts of cannabis (hemp), for instance, have been used for medicinal purposes. We should ponder over the benefits and positive uses of the cannabis plant.”

However, over the last two years, cannabis and its uses have caught attention worldwide due to its healing properties.

Well, it all started during a UN convention in 1961 where cannabis was categorised as a synthetic drug like Heroine & Cocaine even though it is a plant. However, India refused to sign the convention, as marijuana was the backbone of Indian Ayurvedic Industry in those days.

Then in November 1985, under American pressure, the Parliament passed the Narcotic Drugs and Psychotropic Substances (NDPS) Act putting a ban on using and selling marijuana by Rajiv Gandhi. This law aimed to fulfil India’s obligations for Single Convention on Narcotics under the US-backed international treaty, which was drafted in 1961.

Making possession, trade, transport and consumption of marijuana a criminal offence under the NDPS Act of 1985. If found doing so it can lead to:

Even though the US kept enforcing India to make it illegal, however, today the US has legalized marijuana in 27 states for medical reasons and 11 states for recreational purposes. Thus, this was nothing but a conspiracy which traces its steps back to American Pharmaceutical companies and Liquor & Tobacco companies. 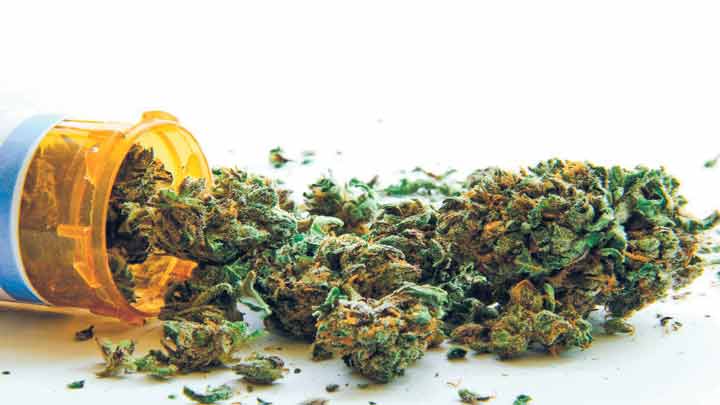 Do you know who is responsible for the negative perception of marijuana in India? It’s these bigger US firms, who are donating money to Indian NGO's to maintain the negativity such that they don’t suffer a loss. Why?

Well, this is being done because, pharmaceutical companies in the US already use marijuana to make painkillers and many other medicines and then, sell them at a higher cost. So, if the Washington Post article is correct, then by legalizing marijuana, these companies will be massively hit, causing a major downfall in the Pharmaceutical, Liquor and Tobacco industry.

When everyone is using it, then why not simply Legalize it?

During the monsoon period, the plant grows wildly in gardens and campuses of the country, making cannabis a part of the tradition for people living in the small towns of Himalayas. As for them, it is the only cash crop they can grow in severe weather and geographic conditions.

Just imagine the economic development that the US is already making on marijuana would be no match for what India could have made if marijuana was legal.

According to Forbes, the hemp industry in the US already constitutes for making body care products, food supplements, plastics which is estimated to account for $44 billion markets by 2020 in the US and it will create more jobs than their manufacturing industry.

On the other hand, India is nowhere to be seen on the charts, even when marijuana grows wildly in Indian Himalayas, making it almost impossible to fight its illegal cultivation. In Himachal alone, more than 60,000 kg of illegal production is present of which only 1% gets caught. In 2016, 1,82,622.85 kg of Ganja was seized, whereas only 11,303.78 kg of Ganja was disposed of.

Where did the rest of it go? You know where right! 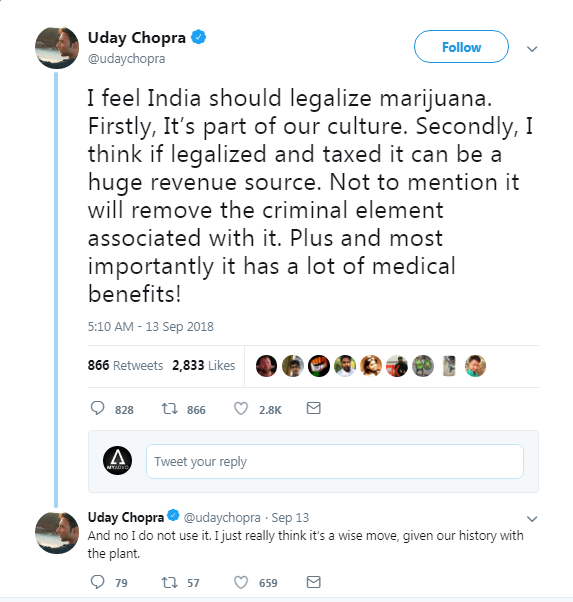 Benefits of Marijuana are Widespread

In November 2017, a report was released after consulting the expert committee on drug dependence by the World Health Organisation, where it was found that cannabidiol provides an effective treatment of epilepsy and may be useful for treating many medical conditions.

The ongoing research on cannabis has been an eye-opener. It has been found that Marijuana may be a possible cure for nervous system diseases, as it’s an antispasmodic and anti-convulsive.

Recently a case came up cited by Scroll.in, where a man, Cliff Vint from Bangalore, was diagnosed with urinary bladder cancer in 2016 was terminally ill. He procured the cannabis oil with the help of a non-profit Great Legalisation Movement and now, it has been over a year that Vint is alive, and on the mend with only one message for the government --

“Allow it to be grown by anybody who has cancer. They cannot do procure cannabis oil on their own. The government must see that this treatment is provided to patients who need it.”

There are so many medical benefits of marijuana, to list a few such as:

Apart from medical benefits, by legalizing Marijuana in India, there will be other benefits to the country like: 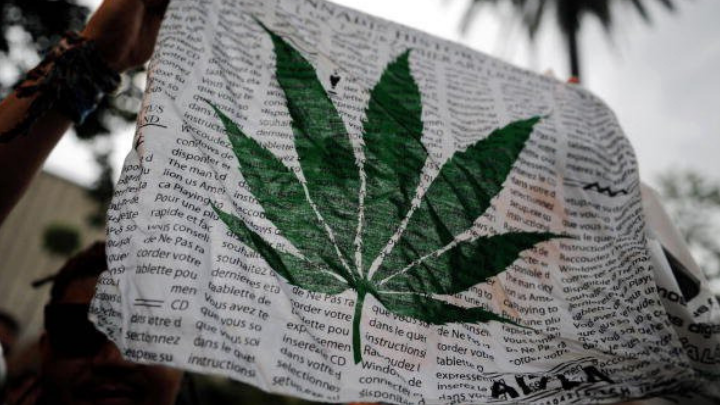 We can’t be sure of the effects of mass marijuana legalization on the society over a long-term, but what we can be sure of is, once legalization of marijuana passes, heavens will not fall, the earth won’t crack and definitely, society won’t collapse.

It will take much time to understand how cannabis will affect our society entirely.
Tomorrow if more benefits surface, then it can be said that India always knew it, but till that happens, the debate on this highly politicized subject of legalizing marijuana in India will continue.

Till then, avoid getting in trouble for smoking pot in your next party, as legal matters can be tricky; but in case you do get in any trouble, be attorney-ready with MyAdvo!

We make you aware so that you can make the others aware.
Share this forward & make sure to give us a thumbs up!

We’d like to hear what you think about our article.
If you can think of more reasons why Marijuana in India should be legalized, let us know in your comments below.