What Are the Benefits and Qualities of Having a Good Lawyer?

As per the Advocates Act 1961, the qualities of a good lawyer always reflect in the representation of a court case and it's important to have a lawyer who takes your case petition seriously in order to produce effective results and proceedings that might bring the matter in your favour.
5,840

Well said by Ralph Waldo Emerson - “The good lawyer is not the man who has an eye to every side and angle of contingency, and qualifies all his qualifications, but who throws himself on your part so heartily, that he can get you out of a scrape.”

You must have come across many Bollywood movies, where lawyers portray a good knowledge of their case and are ready with the proofs and pieces of evidence.

Movies like Jolly LLB-1, Jolly LLB-2, Pink, Shahid, Jazbaa, etc., you can see the conviction each lawyer shows. The delivery of each lawyer in court is at par because the qualities of a good lawyer play a vital role.

When a court case is on, everyone looks for a good lawyer. A good lawyer scours to find evidence and witnesses to prove the case result in your favour.

There are times though when you can fall short on evidence matter and witnesses. At that time, it’s the calibre of a lawyer which comes into the picture. The news about Kathua Gangrape Case, where Asifa’s father has removed Lawyer Dipika Rajawat has emerged.

There is a criticism against Lawyer Dipika Rajawat, bringing her approach into the limelight. The way she is handling the case has come into question. The victim’s father, Yusuf, filed an application in the Pathankot trial court that read: “Keeping in view her apprehension and non-appearance in this case… I hereby withdraw my power of attorney issued to Deepika Singh Rajawat and now she is not my advocate.”

This case has brought us to highlight the Advocates Act 1961 prescribed in the Indian Law.

The “Advocates Act” states - “An Act to amend and consolidate the law relating to legal practitioners and to provide for the constitution of the Bar Councils and an All-India Bar.”

It lists the functions, working and details of what are the duties that an advocate must follow. Hence, if any lawyer is found to be in contradiction with it, then he/she can be subjected to its punishments.

Section 35 of the Advocates Act says - “Punishment of advocates for misconduct. — (1) Where on receipt of a complaint or otherwise a State Bar Council has reason to believe that any advocate on its roll has been guilty of professional or other misconduct, it shall refer the case for disposal to its disciplinary committee.”

If a lawyer shows any kind of misbehaviour, a complaint can be filed against the lawyer. Or if the State Bar Council assigns you a lawyer who shows misconduct, then the disciplinary committee takes an action.

Under which sub-section 2 states - “The disciplinary committee of a State Bar Council shall fix a date for the hearing of the case and shall cause a notice thereof to be given to the advocate concerned and to the Advocate-General of the State.”

After the complaint, the State Bar Council will fix the date of hearing. This notice is then sent to the advocate.

Where the sub-section 3 follows - “The disciplinary committee of a State Bar Council after giving the advocate concerned and the Advocate-General an opportunity of being heard, may make any of the following orders, namely:

The Committee will give a scope to the lawyer to explain why this misconduct has occurred. After hearing the lawyer's explanation, they'll see whether it is considerable or not.

If the explanation cannot defend the lawyer's misconduct, then his/her license may get cancelled. The council can give him a warning too.

If his/her misconduct proves accidental or under some force or fraud which he/she had no control upon, then the matter can be dismissed.

If an advocate doesn’t comply to these terms and shows misconduct, then you can always reach the Indian Law. Under this Act, you seek a disciplinary action against his/her practices. 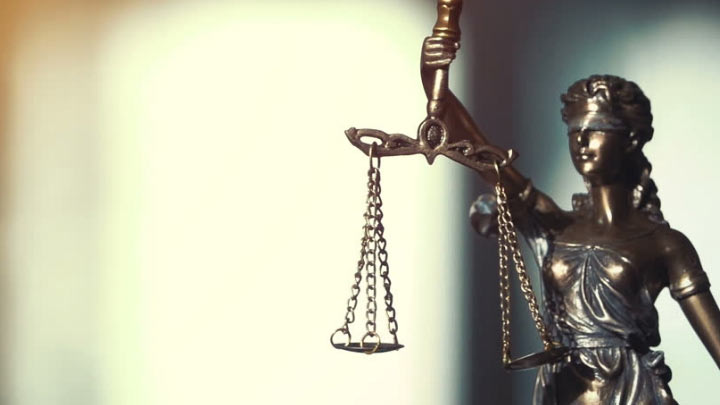 What's important to note is how to identify the nature of a lawyer?

What are his or her skills to handle your case?

Since the qualities of a good lawyer are not visible through the first few meetings. Thus, in the first instance, you can always pay attention to the following points:

These are the major qualities of a good lawyer, which you should watch out for. These qualities benefit you by giving a glimpse into the working style and scenario of the lawyer and addressing how seriously does he/she view the case.

These qualities act as a plus point in selecting the right lawyer to assist you further on the case, by making sure that a commitment is followed.

So, whenever, you are trying to find a suitable expert lawyer, just refer to us and you can ensure having a great lawyer to take care of your legal issues and problems.

If you are still struggling to find a good lawyer?
Or if your lawyer is showing any misconduct?

Then, you can find the best possible match of lawyers who have the qualities of a good lawyer on MyAdvo!
Visit the site and you’re one step nearer to the experts, who enable great legal advice and help in one click.

We’d love to hear your response on this piece of information.

If you liked this article, do give it a thumbs-up and share ahead...