Nikah in Gauhati Will Now Need More Than Imams

India, the land of diverse cultures and ethnic races, is an amalgamation of different laws as secular as the masses. Even marriage here has different customs and traditions to follow, as do the marriage laws. However, Muslim marriage law gets a facelift, as Gauhati High Court issues new directives for Muslim Marriage Registrations under the Assam Moslem Marriages and Divorces Registration Act, 1935.
8,153

One of the prominent religions in the world with over 1.6 billion followers of it is Islam and wedding happens to be one of the important parts in Islamic culture mandated by the Holy Quran as one of the primary duties of a Muslim.

Muslim marriage is a civil contract between a man and a woman with 3 main units i.e. a couple, witnesses and a mehr (a gift that the groom gives to the bride). Once all these are present, all you need is an Imam to perform the ceremony. According to the Muslim marriage law, there are no specific ceremonies or formalities required to be followed in order to perform a Nikah, but the following requirements are mandatory such as:

However, the last point about the marriage registration in Muslim marriages in India has just been changed when Gauhati High Court issued directives for registering the Nikah only by Licensed Registrars. In a recent news update by Live Law, the Gauhati HC ordered that marriage registration certificates for Muslims be issued only by duly authorised Registrars of the government under the Assam Moslem Marriages and Divorces Registration Act, 1935.

Justice N. Kotiswar Singh emphasised on the importance of maintaining the sanctity of marriage certificates issued by licenced registrars and observed, that “...the Assam Moslem Marriages and Divorces Registration Act, 1935 is a self-contained Act dealing with most of the facets of registration of a marriage. Thus, registration by the licenced Moslem Registrars is an important statutory process which cannot be allowed to be trivialised and this function cannot be allowed to be usurped by unauthorised persons.”

Further, he added, “These unlicensed persons may devise their own methods of registration and issuing certificates unknown to law and thus not accountable under the law, yet these certificates may resemble or can be mistaken to be certificates issued by the licenced Moslem Registrars. Since, no one else has been authorised to register any Muslim marriage or to issue any marriage certificate, to that extent, no one else can perform these exercises.” 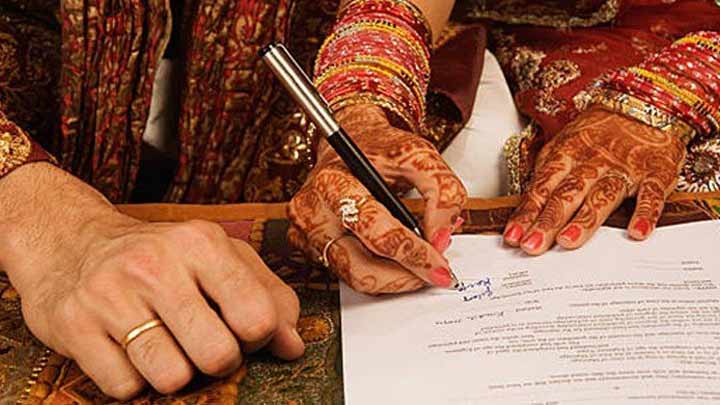 This step was taken to combat the issue, where it was noted by the court that several unauthorised people were issuing registration certificates for Muslim marriages in the State.

Since marriage registration is mandatory to be done in India under the law, therefore, you can get educated with the help of MyAdvo blogs or stay updated on the legal amendments through our legal news section.

Or else find the perfect family lawyer to help you with marriage registrations!

Well, MyAdvo acts as a perfect source of information on everything legal and ensures that you can find a legal expert’s opinion or help in getting your marriage registered in India, since it provides you with a directory of lawyers near you in India, specialising in different domains of law.

MyAdvo helps you with finding the right lawyer, matching your case requirements only to ensure that all your problems are solved for good. MyAdvo is always there for you to debrief your legal issues, just download the MyAdvo App today and stay connected with the law always!

If you liked this post, do let us know in the comments below.
We’d love to hear your opinion and stay connected with you.
So make sure you give this post a thumbs-up, share amongst your peers and keep following MyAdvo!