According to Section 420 Indian Penal Code, Whoever cheats and thereby dishonestly induces the person deceived to deliver any property to any person, or to make, alter or destroy the whole or any part of a valuable security, or anything which is signed or sealed, and which is being capable of being converted into a valuable security, shall be punished with imprisonment of either description for a term which may extend to seven years, and shall also be liable to fine.

To better understand the terms of inducement and the concept of cheating, Section 415 of the Indian Penal Code defines the offence of Cheating. In simpler terms, Cheating is a dishonest act performed in order to gain some advantage out of it.

Section 420 IPC is a serious form of cheating that includes inducement (to lead or move someone to happen) in terms of delivery of property as well as valuable securities. This section is also applicable to matters where the destruction of the property is caused by the way of cheating or inducement. Punishment for cheating is provided under this section which may extend to 7 years and also makes the person liable to fine.

To establish the offence of Cheating in inducing the delivery of property, the following ingredients need to be proved :

This simply states that the person, without his intention, has performed any act in the inducement of the accused.

For an offence to be proved under the ambit of Sec 420 IPC, or any or section, it is necessary to prove the intention of the alleged person.

Hence, to hold a person liable for causing cheating by the way of inducement involving delivery of property, it is necessary to prove that his intentions were dishonest at the time of making the promise.
Let's say for an example- Cheque is a movable property that a person holds. Also, it works as a valuable security, signed by the account holder. On the basis of mere delay caused in delivering the cheque to some person, it does not amount to commission of an offence under Sec 420 Indian Penal Code.

Thus, it is clear from the facts that the dishonour of cheque does not amount to a criminal offence under IPC 420.

Also, in the case of Joseph Salvaraj v. the State of Gujarat, it was held that there has to be dishonest intention from the very beginning, which is a sine qua non to hold the accused guilty for commission of the said offence.

As discussed, the intention of a person is a basic as well as a major ingredient for the commission of a crime. In order to establish the offence under Sec. 420, cheating would have been the intention of the person from the beginning. Dishonest intention cannot be inferred on the mere fact that the person failed to fulfil his promise on time.

For the commission of an offence of cheating, deception is the second essential ingredient. Deception is the act of hiding the truth. It must be established that the person making the promise was dishonest at the time of making it.

Further, In the case of Ajay Mitra v. State of Madhya Pradesh, 2003, it was held by the Supreme Court that, even if the allegations made in the complaint are accepted to be true and correct, the appellant cannot be said to have committed the offence of cheating. Since the appellant was not involved in the complete scenario at all the time when the complainant alleges to have spent money in improving the bottling plant, neither any guilty intention can be attributed to them nor there can possibly be any intention on their part to deceive complainant. 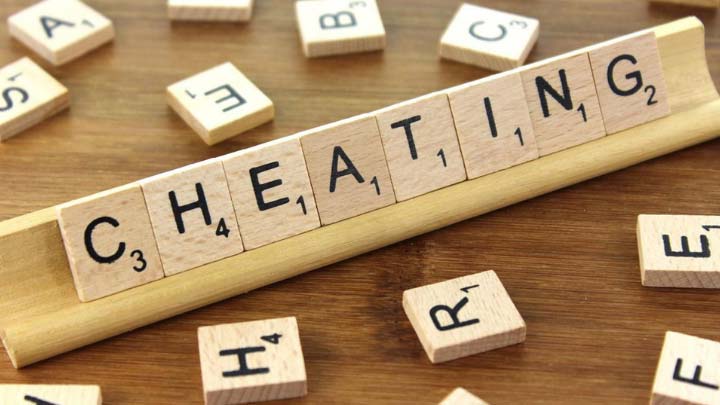 The acts in the inducement of which a person performs in that particular manner, or due to the inducement a person abstains from doing any act also leads to the offence of cheating.
This principle was upheld by the Supreme Court in the case of Mahadeo Prasad v. State of West Bengal.

The Court stated as, “The offence of cheating is established when the accused thereby induced that person to deliver any property or to omit to do something which he would otherwise not have done or omitted.”

Therefore, it is clear from the above- stated facts what are the essential ingredients which are required to establish the offence of cheating and dishonestly inducing delivery of property.

All the valuables such as property or any securities that belong to a person which are duly signed, stamped or sealed shows that they are the proof that the real owner has attested them. Any person falsely obtaining the signature or using any sort of inducement to gain advantage from such valuables shall be liable to punishment as well as fine.

Punishment for committing the offence of cheating is provided under the purview of this section. This section makes a person criminally liable for imprisonment for a term which may extend to 7 years and also liable to fine.

The offence committed under section 420 is a Cognizable as well as a Non-bailable offence. These matters are compoundable by the person cheated with the permission of the court and are triable by Magistrate of the first class.